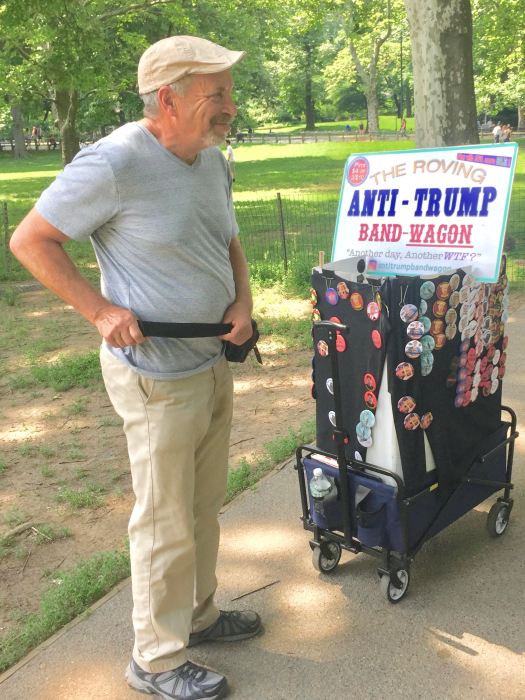 Spotted this enterprising guy in Central Park. Where else could his buttons be more popular? As I was buying one as a gift for my TTSD-suffering Dr. Husband, a group of school kids came over wanting to see the array of choices. Dr. H bought them a few, too. One young man whispered to me, “I voted for Trump over Hillary”. He was maybe 12. I said, why? He said because if Hillary were President, we’d already be at war now. Hmmm.

Then a wonderfully hilarious column about MSNBC addiction in the NY Times spoke to me. Every time I walk into a room it’s on. Pedantic pontificating hosts are killing me! So related.