Travelled to our favorite SideTrek tableau, Shelburne, a new way. Took a bucolic route from Conway past Bill Cosby’s rolling colonial acres. Off off the beaten trek. A blue clapboard Garrison on an old post road. Book mills, inns dot the meandering byway, scenes of Indian skirmishes as part of the Mohawk trail.

The Bridge of Flowers was in earlier than normal bloom. Town is abuzz. Kate Winslet and Josh Brolin are coming. They will be filming  Labor Day based on a novel by Joyce Maynard. It’s about a 13 year-old boy, his Mom, secrets. Set in a fictional New England hamlet, Holton Mills. Juno director, Jason Reitman. 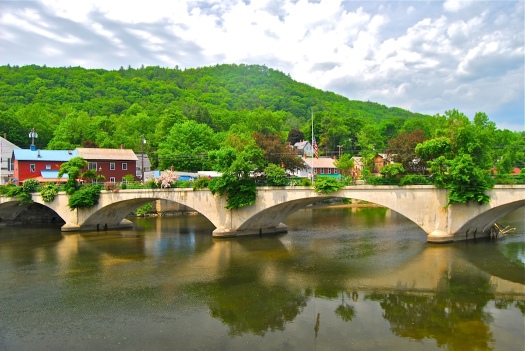 We made a stop at Wandering Moon jewelry boutique and hit pay dirt. For me. Silver bracelet by a Manitoba artisan. Owner Laura Roberson’s finely crafted earrings. As we headed out to Route 112, a metal sculpture guy bid us adieu. 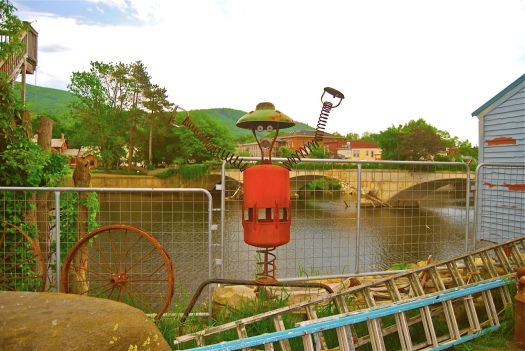 Back home through Goshen past the original 1775 Williams House. 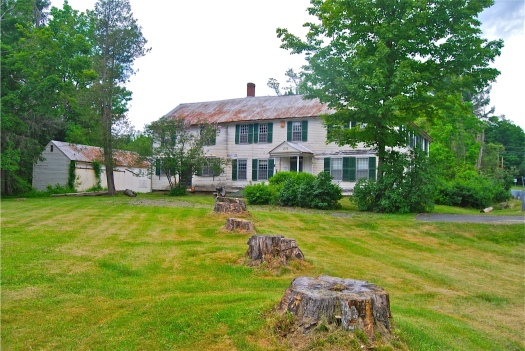 Photos by the talented Dr.Husband, including the Richard Russo-esque header – State Street, in Shelburne Falls, Massachusetts.

10 Replies to “Side Trek Falls”