Not much. Fresh TV content is mostly done. Daytime. Primetime. Even Jeopardy! Until productions go back into operation, it’s all re-runs all the time. Okay. One good newish series. Unorthodox. A slice of life in a fringe Jewish cult with a great performance by an elfin powerhouse.

Even ordered a long-lauded book. Where the Crawdads Sing by Delia Owens. Never appealed. Yet. Was running out of options. So glad I did. One of the best reads in years.

mAd Ben’s friend lives nearby and is a voracious reader. We trade book ideas. So. Yesterday I decided to inventory what’s currently on my shelves to lend her a few. It took much of the day. Which was great.

Click here if you want to see what’s on the UWS Stacks. Yes. That’s right. I alphabetized them by author.

Also recalled NYC and past Book Clubs and what we read. A perfect day. Any ideas for the next 28? +

How to get away from impeachment overload? Dive into a meandering tale along the Thames.   Once Upon A River  by Diane Setterfield.

Where does Dr. Husband go to escape the book club discussion on a rainy day? 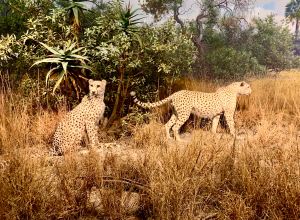 Man Booker Long List announced. Dystopia and Disruption themes. Signs of the times to be sure. But. I want to escape all that. Won’t be reading The Mars Room by Rachel Kushner. Clausty on steroids. Not sure about the others on the list. Seems a dark collection.

It’s clearly a good year for Canada’s Michael Ondaatje. His 1992 The English Patient won the Man Booker Golden Prize for the best novel in the past five decades. Just read his latest, Warlight which made this year’s list. A post-World War II story, which was good, but didn’t love it as much as one of my all time faves, The Cat’s Table.

Catapulting into summer from a cool wet spring. Ninety degrees today. It’s on. Curtis Strange gave great commentary of the U.S. Open at Shinnecock where the windy course vaulted many stars out of the weekend and made Phippy whippy. In the end, Koepka survived with a back-to-back trophy hoist. Strange enough. The last one to do that was Curtis.

The Affair is back. And. Another show features the Colletti Winery. If you find it, you’ll know. Jump to book-treks. Social Creature by Tara Isabella Burton. Ghosting. Literally. A psychopath with social media savvy can get away with murder. Fooling narcissistic Manhattan millennials with Facebook tagging, photoshopping. Yup. Hiding homicide never easier.

The Spotted Pig, trendy mainstay of the West Village has been the fodder for recent #MeToo due to bad behavior by restaurateur duo Mario Batali and Ken Friedman. Friedman’s chef co-owner April Bloomfield has parted ways with him after pretending to be oblivious to the debauched behavior in the venue’s after-hours-upstairs. Drugging and raping staff. Allegedly.

News today that another woman is going to partner with Friedman to revive The Spotted Pig. Gabrielle Hamilton, author of Blood, Bones & Butter and decades-acclaimed chef owner of East Village gem Prune. A renegade rebel from lobster fiascos at upscale camps in the Berkshires, to line chef at Curtis & Schwartz in Northampton while at Hampshire College, as told in Table’s Edge. This is an interesting decision. But. Hey. Go Gabrielle! You are a true survivor.

Dominick Dunne’s 1993 best-selling novel, A Season in Purgatory. Anatomy of the murder of young Martha Moxley in the exclusive enclave of Greenwich, Connecticut in 1975. Bludgeoned by a golf club one night after a country club dance, Martha was left dead or dying in nearby woods. Steps from her home. Ethel Kennedy’s cousin Michael Skakel the presumed culprit. Cover-ups and obfuscation ensued. The wealthy wagons circled. In 2002, thanks to Dunne’s research, Michael was convicted and sentenced to 20 years. He served 11 before he won an appeal for having been incompetently represented. Today the case was vacated.

Dominick is rolling over in his grave. The Moxley’s live in a forever limbo.